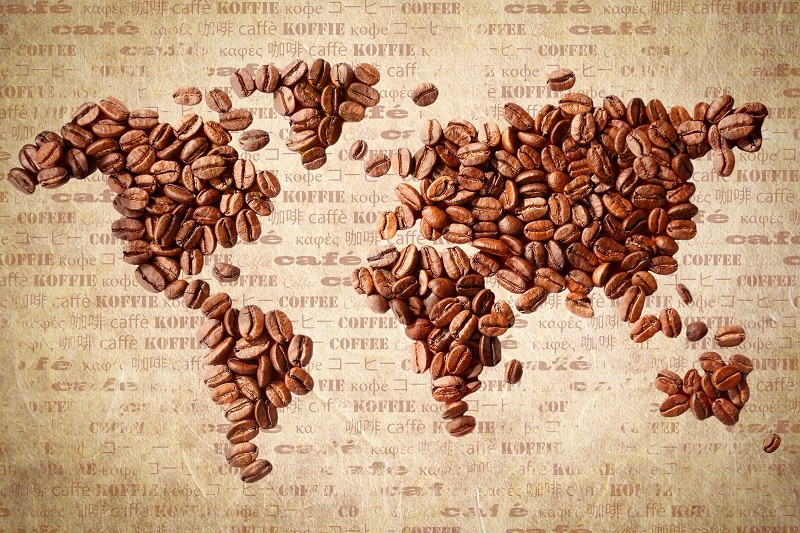 The History Culture of Coffee in Africa

In the 6th century, a Shepherd named Kadi went to the new grassland to graze in Kaffa on the Ethiopian plateau in Africa. He suddenly found that the sheep were jumping and excited. Even at night, the sheep could not sleep, so he ran to the abbey of Abyssinia for help. After an investigation by the abbot and friars, it was found that the goat was particularly excited because it ate the red fruit on the bushes; So the abbot picked it back, boiled it into the soup, and drank it. Sure enough, he couldn't sleep all night. So the abbot distributed the soup to the sleepy monks in the evening worship. The effect was excellent, and the refreshing medicine spread. This is the origin of "coffee".

It may be this characteristic that made coffee widely spread in monasteries and was brought to Yemen by Ethiopian troops in many invasions. Coffee spread to the distant holy places Mecca and Medina. A large number of pilgrims poured into these cities from all over the world, tasted coffee for the first time, and then took it back to their own country. In this way, coffee spread all over the world. Muslims are the living land of the spread of coffee. Because they prohibit drinking alcoholic beverages, coffee soon became a part of their lives.

The History Culture of Coffee in UAE

As the first region in the world to drink and produce coffee, Arab coffee culture is as old and long as its coffee history. In the Arab region, people still retain the ancient and long tradition and stress on coffee drinking, whether in terms of coffee quality, drinking mode, drinking environment, and mood.

In Arab countries, if a person is invited to someone else's house for coffee, it shows the most sincere respect of the host, and the invited guests should express their heartfelt gratitude and response. When guests come to the host's house, they should be courteous. When tasting coffee, in addition to praising the mellow coffee, they should also remember that they can't drink water even if their mouth is full of coffee grounds, because it means that the guests are dissatisfied with the host's coffee, which will greatly hurt the host's self-esteem and hospitality.

Arabs drink coffee solemnly and pay attention to the etiquette and procedures of drinking coffee. They have a traditional form of drinking coffee, much like the tea ceremony of Chinese and Japanese. Before drinking coffee, you should burn incense and sprinkle spices in the place where you drink coffee. Then the guests and hosts enjoy the quality of coffee together, study it carefully from color to aroma, and then put out exquisite and valuable coffee containers to enjoy, and then start cooking fragrant coffee.

The History Culture of Coffee in Canada

Canadians consume a lot of coffee. Canada is not a place to produce coffee, but Canadians consume a lot of coffee, which needs to be imported from South America. The first thing many Canadian office workers do before work is to buy a cup of coffee. Most units in Canada have coffee machines. Coffee is a necessary drink for Canadian employees to work. This shows the Canadian's love and consumption of coffee. Coffee is a way for Canadians to communicate with each other. Canadians rarely communicate with each other, but coffee is a way for many people to communicate. Drinking coffee is a popular consumption in Canada.

Canadian coffee culture also has a great impact on Canadian society. First, the coffee industry has developed greatly in Canada. In Canada, there are many coffee shops of different grades, including Tim Horton, coffee time, Williams fresh cafe, Starbucks, and other well-known coffee shops, as well as various small coffee shops, which can be said to have a wide variety. Tim Horton is a national brand store in Canada. It is the favorite coffee shop of Canadians, with branches all over North America. In addition to coffee shops, there are various coffee products and coffee appliances. It can be said that the coffee industry has become an important part of Canada's economy. In addition, coffee has become a way for people to communicate. Coffee shops are the favorite place for Canadians. They chat with friends and meet new friends there. Coffee has also become an indispensable part of Canadians' daily diet. No matter where they have dinner, coffee can not lack. Coffee has become an important part of Canadian cultural life.

The History Culture of Coffee in the USA

Coffee originated in Ethiopia and then spread to Yemen, the Middle East, and Europe. People used to drink it purely to keep their heads clear. The French brought coffee to the United States and raised it in the Caribbean.

Americans used to drink tea. After all, there was caffeine in tea, which had the same effect on keeping awake. However, due to the high taxes during the British colonial period, the famous tea dumping incident broke out in Boston. Instead, drinking coffee became a symbol of patriotism.

Later, when a Dutchman came to the United States, he was surprised by the dark liquid and the different tastes from his hometown, so he tried every means to make the coffee beans fresh and founded Peet's coffee. The taste of coffee was greatly improved, which also promoted the establishment of Starbucks.

The signature coffee of American life is American coffee! Pure American coffee can be divided into two types: strong and weak. The east coast of the United States is thicker than the west coast, and the south is thicker than the north. Coffee goes deep into American life and is difficult to separate. It even affects that life is not life without coffee. There are all kinds of street vending machines along the road. There is coffee everywhere. You can't live without it for 24 hours.

In this way, the United States has become the world's largest coffee consumer.

The History Culture of Coffee in China

According to historical records, coffee was successfully planted in Taiwan for the first time in 1884, which opened the prelude to the development of coffee in China. The earliest coffee planting in the mainland began in Yunnan. In the early 20th century, a French missionary brought the first batch of coffee seedlings to Binchuan County, Yunnan Province. In the next hundred years, coffee planting in China is only "a little bit". However, in recent years, the development of coffee planting and consumption in China has attracted more and more attention in the world. International coffee companies such as Maxwell, Nestle, and Colombia have set up branches or factories in China to provide products with better varieties and prices for the Chinese market. As a part of the Western lifestyle, coffee has officially entered the Chinese family and life; With the growth of coffee culture, cafes in big cities such as Beijing, Shanghai, and Guangzhou have sprung up, becoming a new consumption fashion for young people and decorating urban customs.